Brand identity and packaging for an alcoholic ice cream company

Sly yet inviting. Old-timey. Blunt and sure as hell shameless. Picture this: a Spaghetti Western meets a hand-in-the-cookie-jar moment.

Ice cream isn’t just for kids. It’s the guilty pleasure of many! I knew I wanted to create something that reflected that mischievous feeling of indulging in ice cream — something a bit cheeky! There’s alcohol in here after all.

The target audience for this project is millennials. With this in mind, I developed a brand experience that was creative and confident. The tone doesn’t talk to the consumer like a kid, instead it’s a little sly and informal; a bit provocative. I wanted the consumer to feel like they were shamelessly indulging in a sneaky treat for grown-ups.

When I was ideating the tone, I kept coming back to the casual air of an old western movie. I pulled in imagery, type and colours to complement that feeling while still keeping the brand modern.

After searching through several playful typefaces, I settled on Rosebud. It’s retro-inspired, but still feels contemporary, offering a little wild west twist that makes a statement.

I sketched several variations of how the tongue could work within the company name, and decided to work it into the letter S. It builds onto the movement and the cheekiness of the brand.

Some of the most fun I had on this project was coming up with the flavours and their descriptions. I used the same salty, old-timey tone to describe the flavours and added a bit of western slang too. 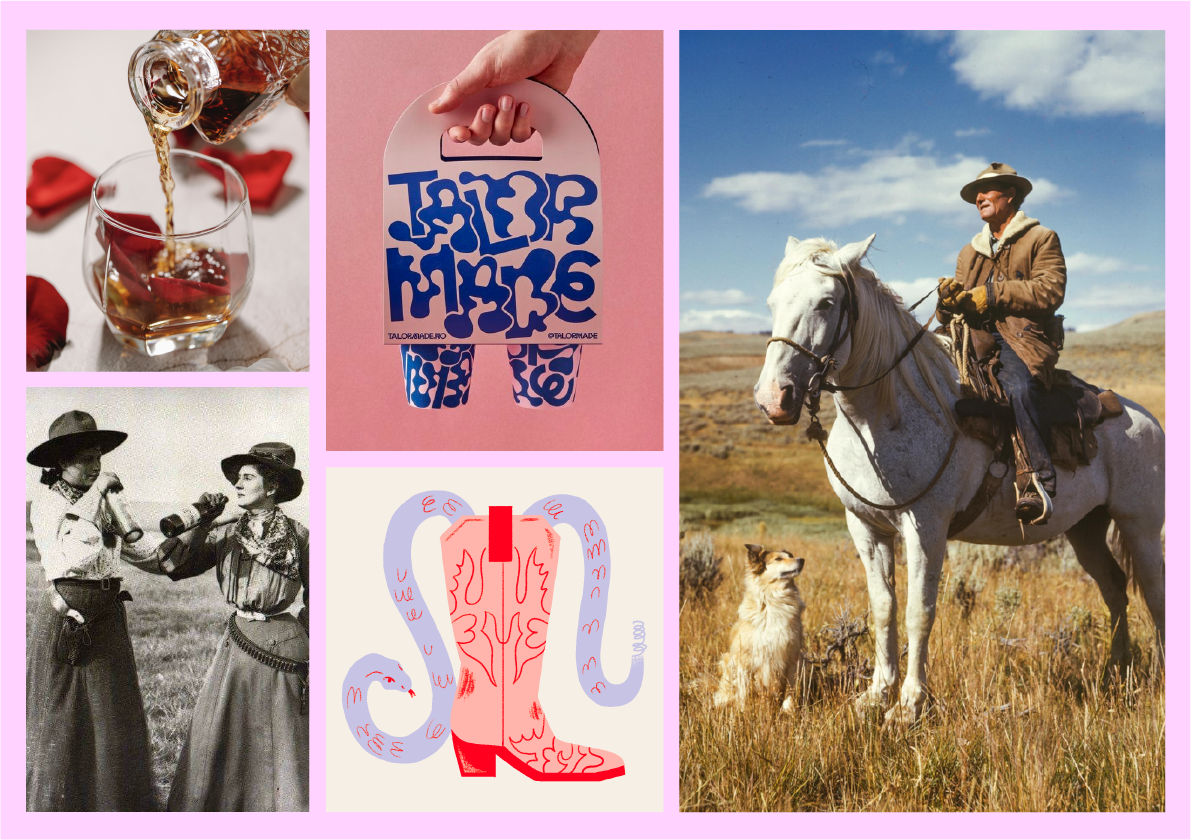 One challenge I ran into was the label design. Since the product contains alcohol, I didn’t want a child to accidentally pick one up out of the freezer aisle or have it for a snack at home. Originally, I designed really colourful labels, but I kept coming back to this one challenge — would a child mistake these colours for something they’d want to eat?

After considering this challenge, I decided to use black labels with minimal colour in the logo and lid. The design had to make sense for the user, and that meant not getting their kids drunk.

Another playful solution I found was to incorporate an element of secrecy into the design. This helped the generic ice cream tub feel a little more enticing. The edge of the lid says vegetables, obviously. This was consistent with the cheeky tone of the brand and is a playful way of hiding that it’s ice cream to any judgemental on-lookers.

A playful solution I found to the packaging challenge above was to incorporate an element of secrecy into the packaging that made the generic tub a little more fun. I designed a section of the label that says vegetables, obviously. This ties into the cheeky tone of the brand and is a playful way of hiding that it’s ice cream to any judgemental onlookers.

After considering the label design challenge, the solution I decided on was to make the majority of the packaging black and identify the flavours with small accents of colour in the logo and lid. I was disappointed that I didn’t get to use the colourful labels — but design isn’t all about what looks good. It has to make sense for the user. And the most sense would be a design that doesn’t get their kids drunk! According to my research, black is associated with seriousness and would likely deter small hungry eyes. 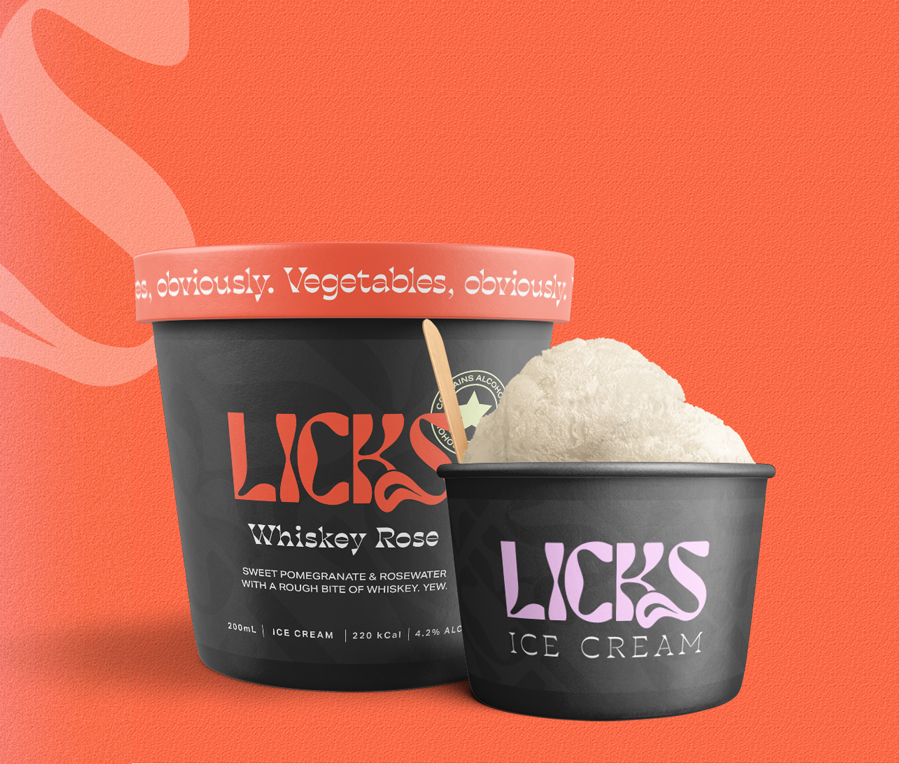 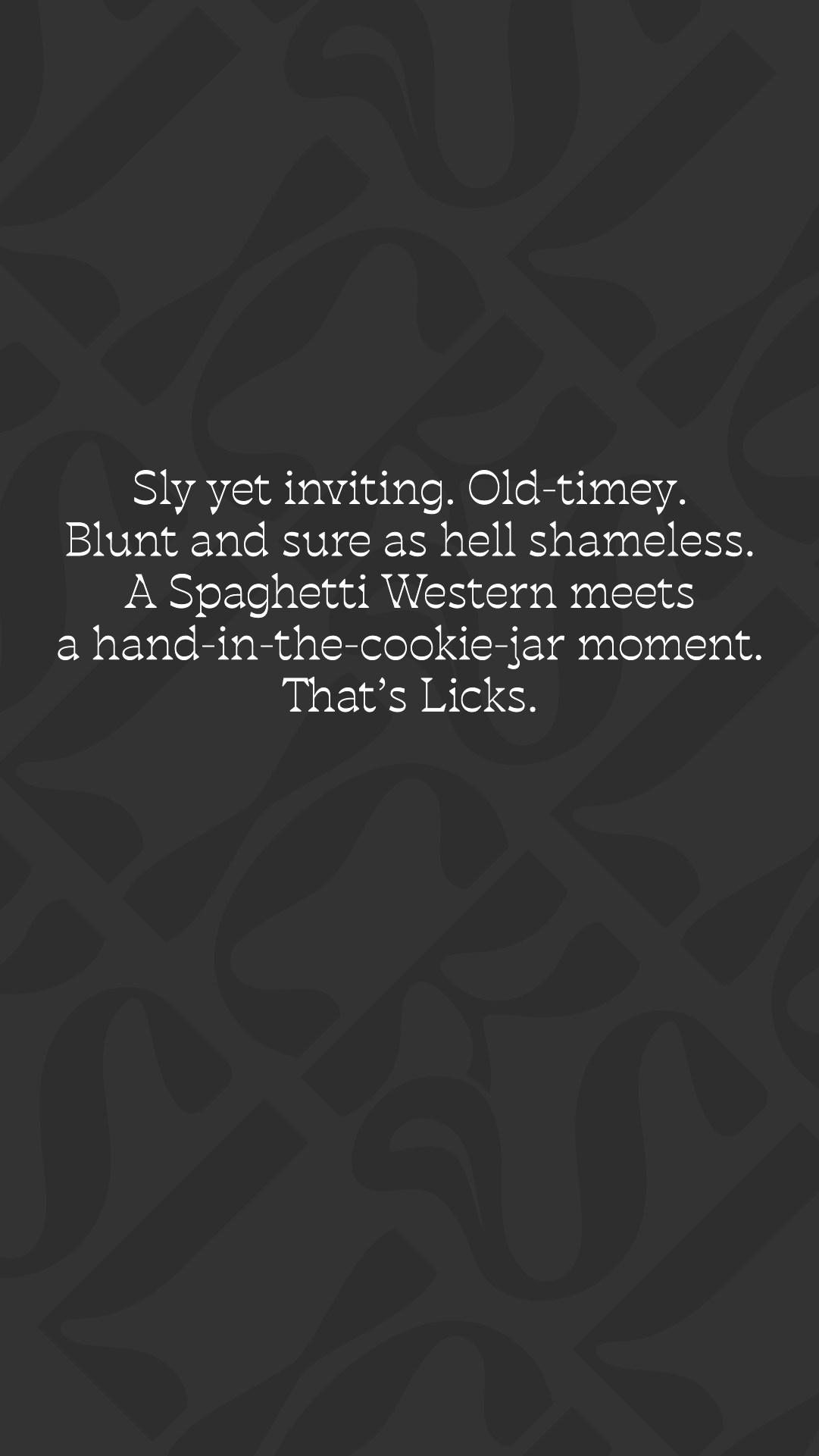 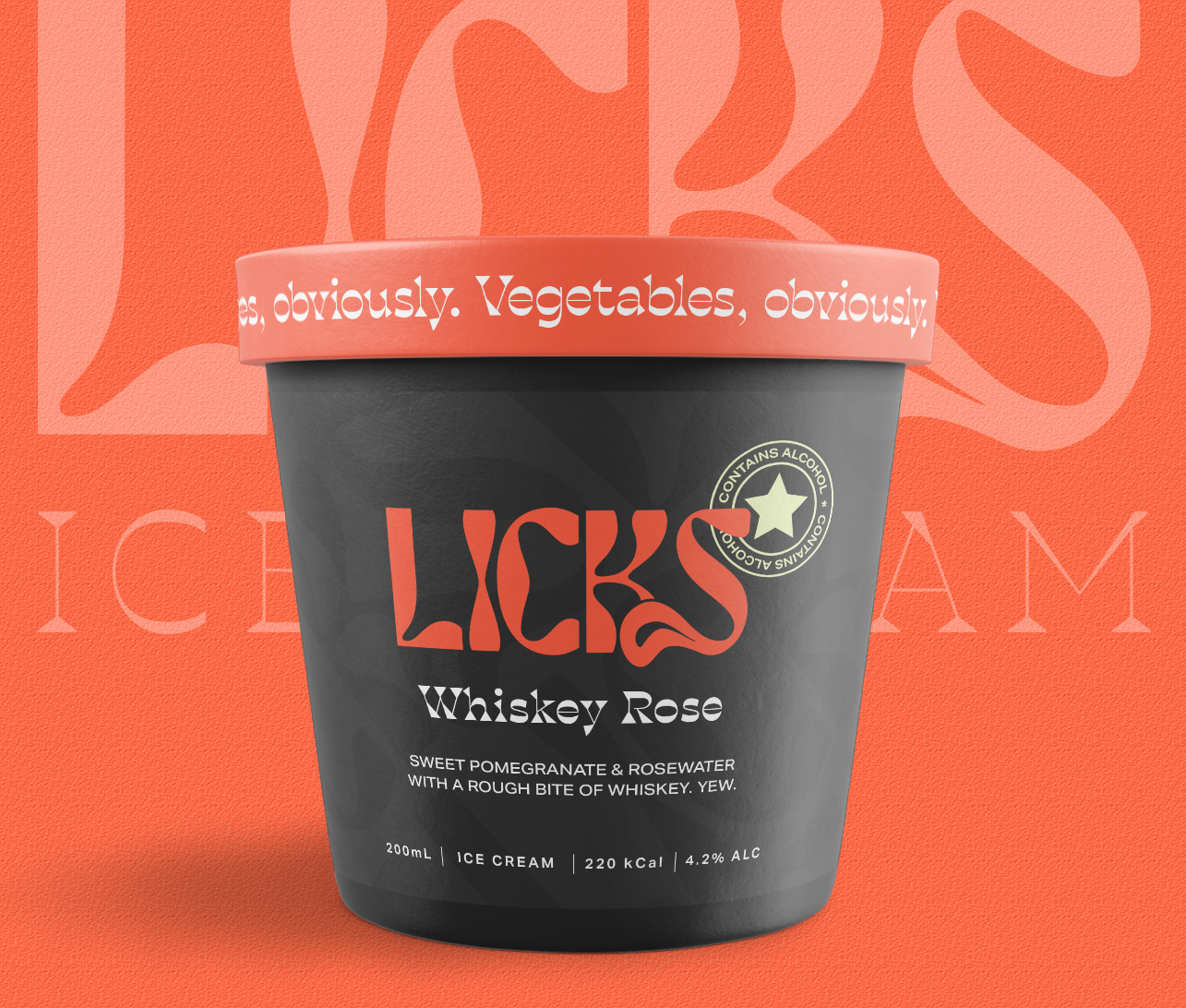 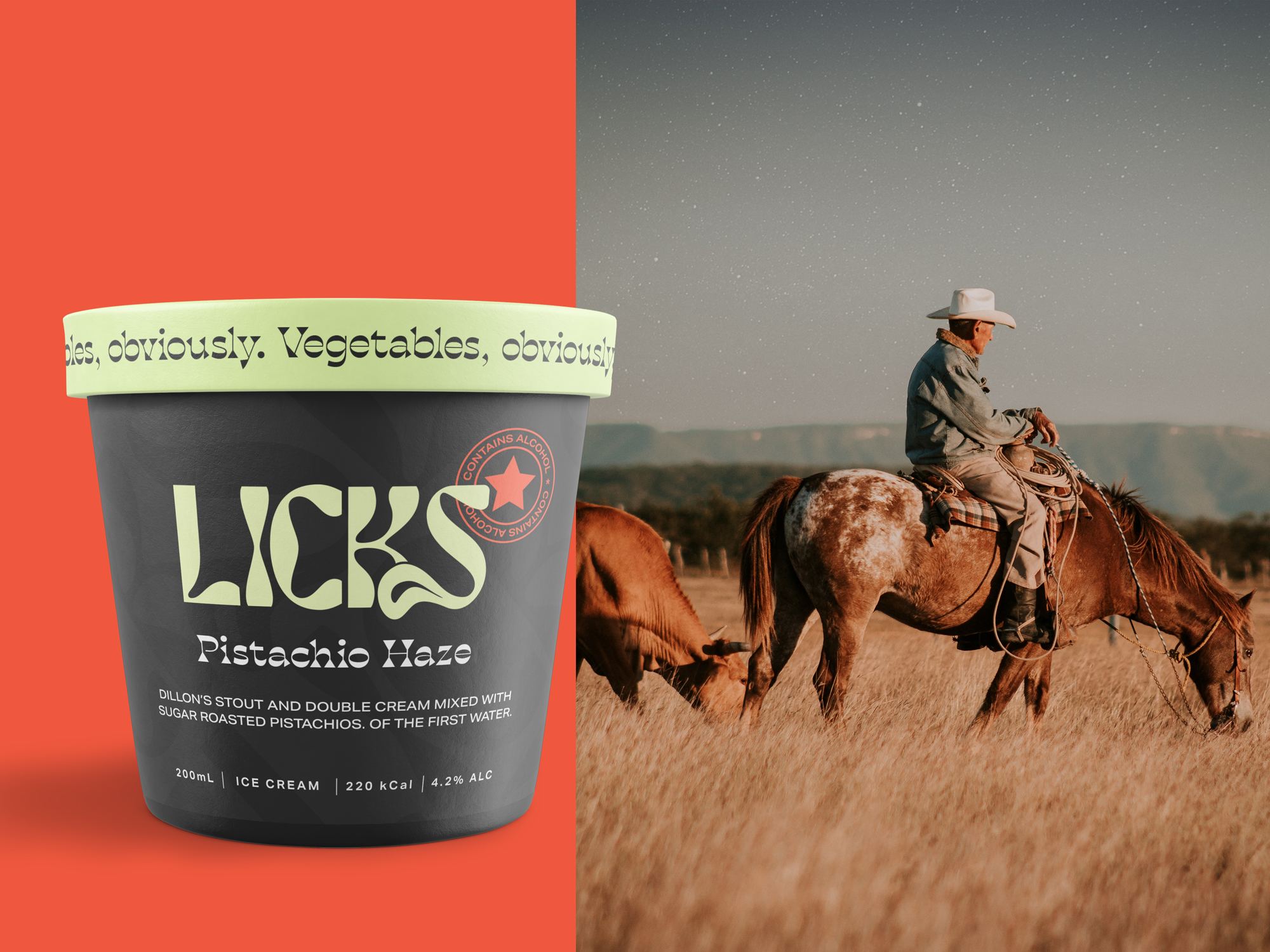