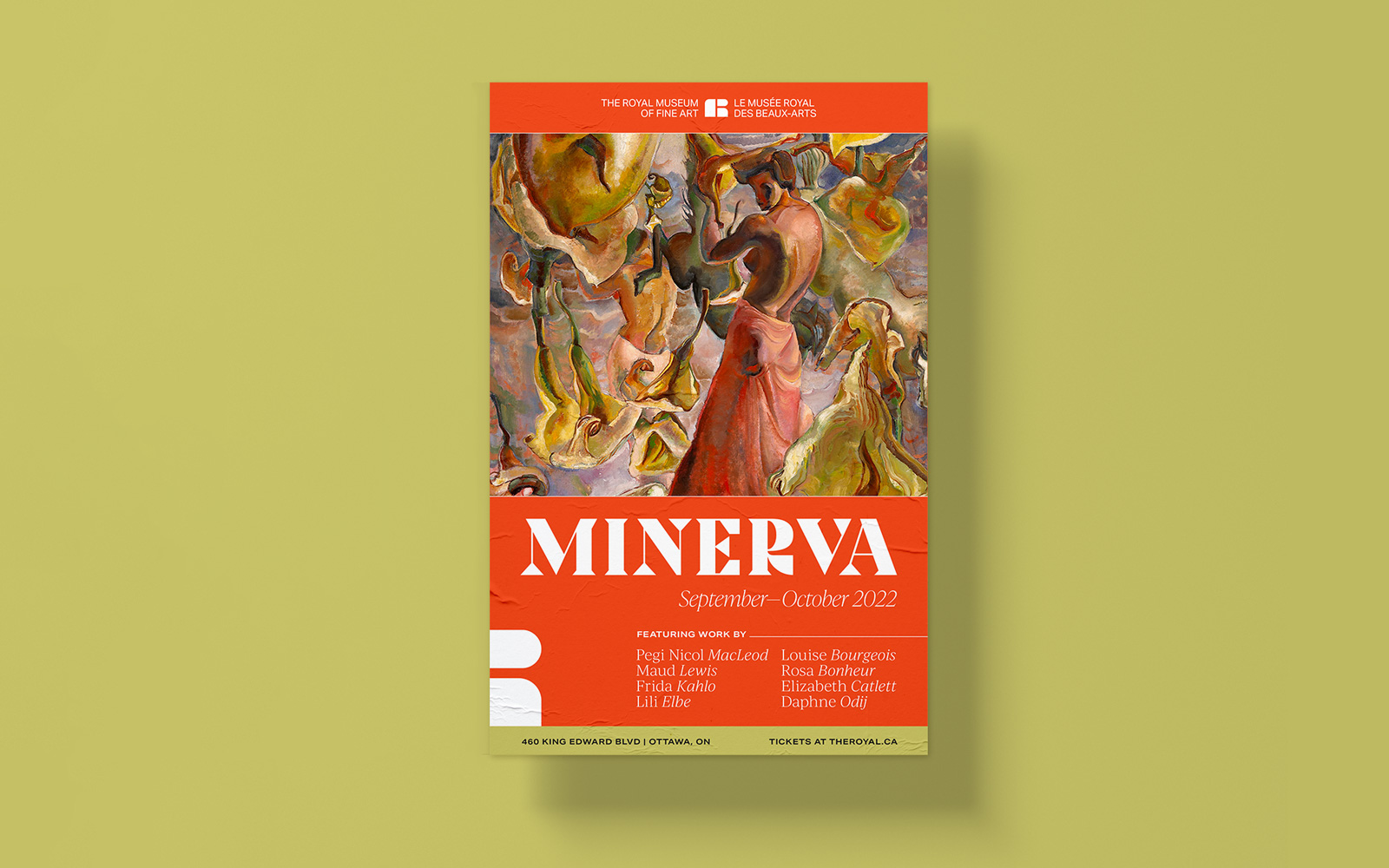 Modern-classical typography with bold colours and a dreamscape of interactive AR.

Historically, women have not been treated equally in the art world. Today, they are still dramatically under-represented in museums, galleries and auction houses. So how can this be changed?

Minerva is a conceptual exhibit that incorporates augmented reality to highlight the work of women in art history. This concept drives engagement among a new generation by allowing users to interact with the artwork using the Artivive app.

I visited a local gallery to do some research for this project. It gave me insight into how much artwork by women was represented in the gallery and how I could position the exhibit.

I researched many different women in the art world, who challenged social norms and advocated for change through their life and work. Learning about these incredible women was inspiring. Since the underlying theme of the project was representation, diversity and inclusion was a focus. The artists featured in this project include representation from Black, Indigenous and Trans Women.

The exhibit is named after the Goddess, Minerva, an accomplished deity, wise warrior and sponsor of the arts. The Roman scholar Marcus Terentius Varro considered her to be the ideas and the plan for the universe personified — a powerful ode to women as a whole.

For the logo, I chose a typeface that was striking, rhythmic and bold — which complemented many of the featured artists. Next, I designed the poster which uses augmented reality. When viewed on thenArtivive app,Pegi Nicol MacLeod’s Descent of Lilies comes to life inside a fantastical dreamscape.

Merchandise such as stickers and tote bags were also included. The sticker design uses alliteration or short slogans to celebrate the artists. 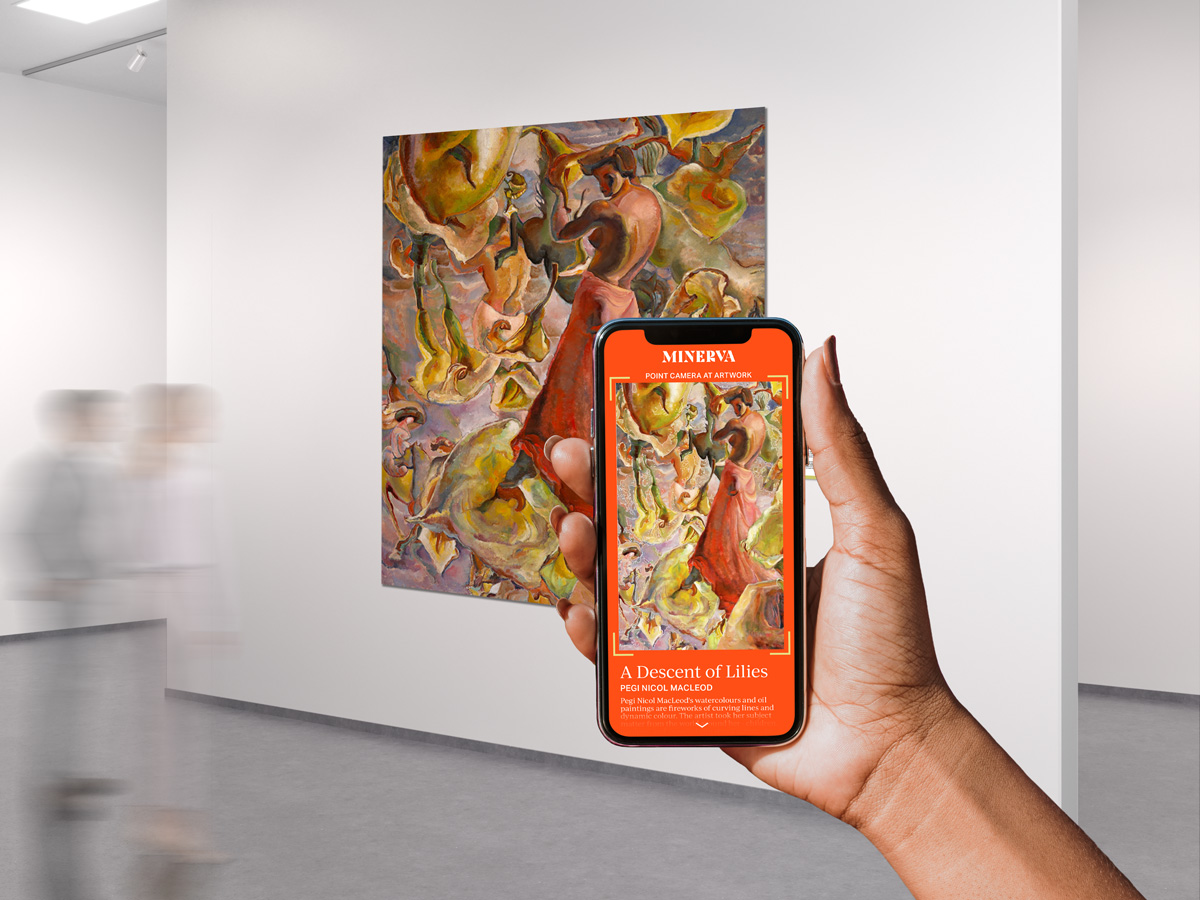 The main challenge throughout the process was making sure the exhibit would resonate with a younger audience. How could I adapt a traditional gallery experience over to a digital era and appeal to a wider demographic? It was a fine balance and one that I continuously had to review at each stage of the project.

Younger generations are searching for innovative ways of engaging with the world around them. They also want to share these experiences online. That’s why the AR component is so impacting. It offers them a unique experience while preserving the integrity and history of the artists. Minerva also highlights important artists and adds value and more equitable representation of women to the art industry. 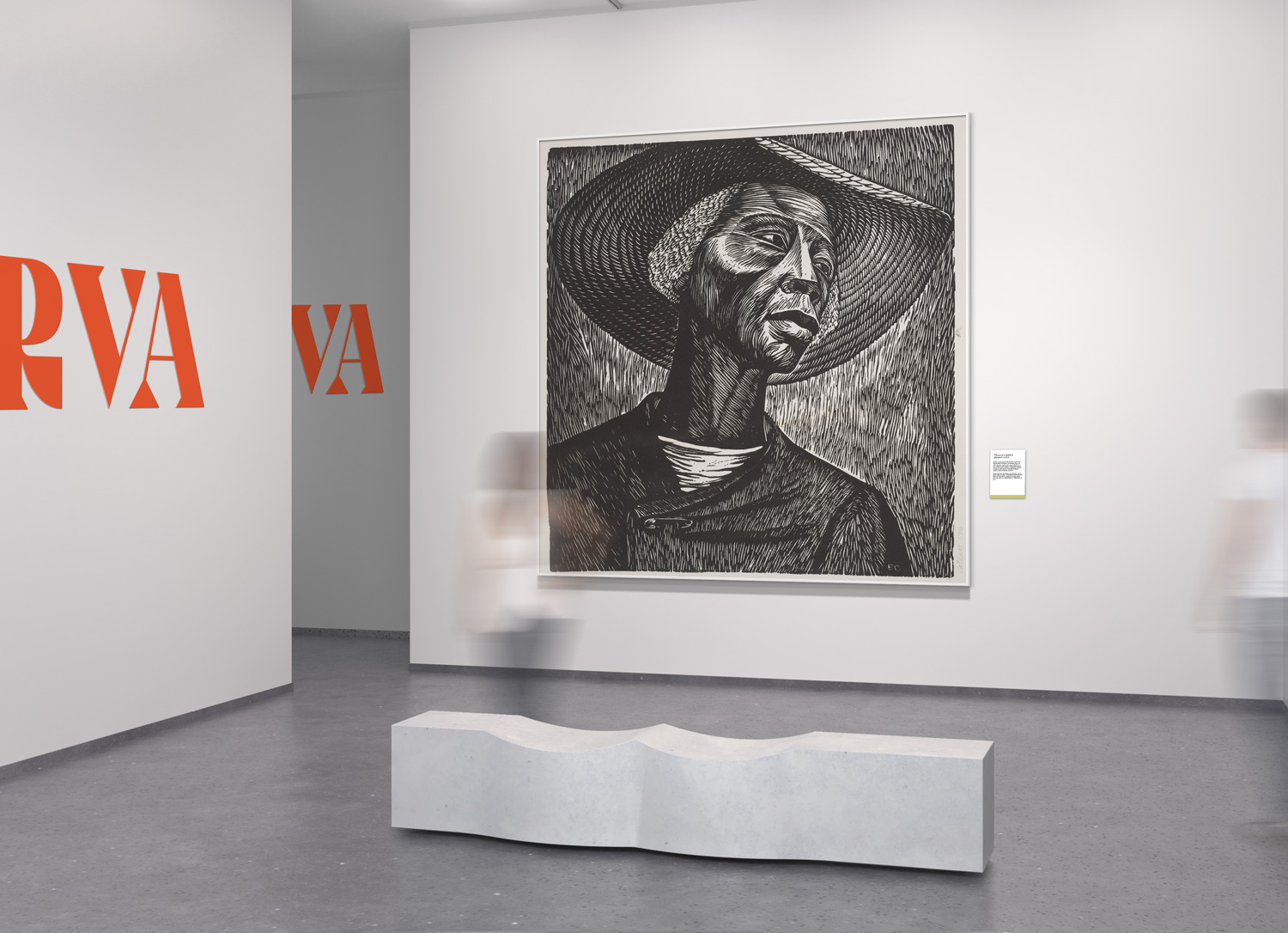 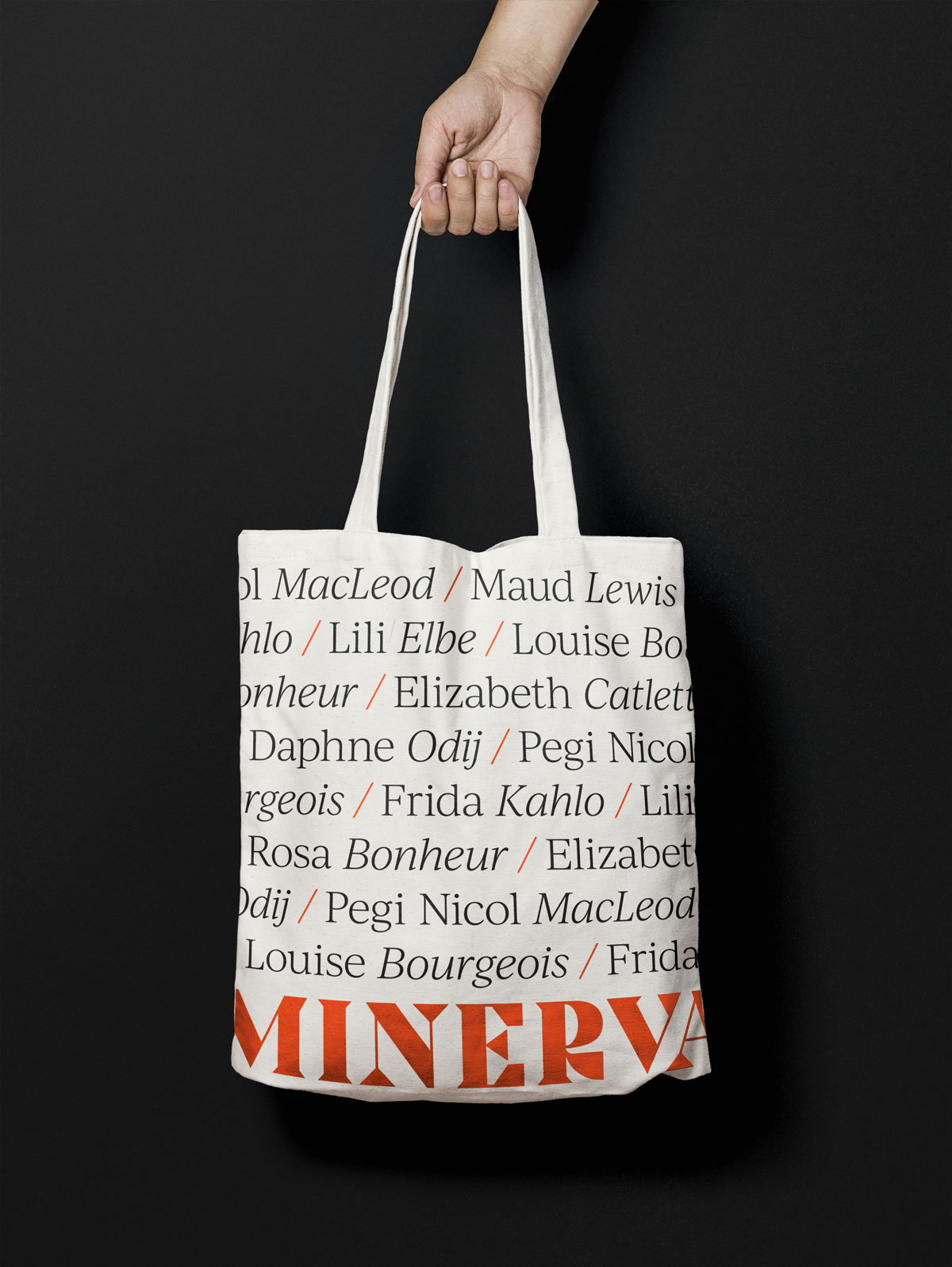 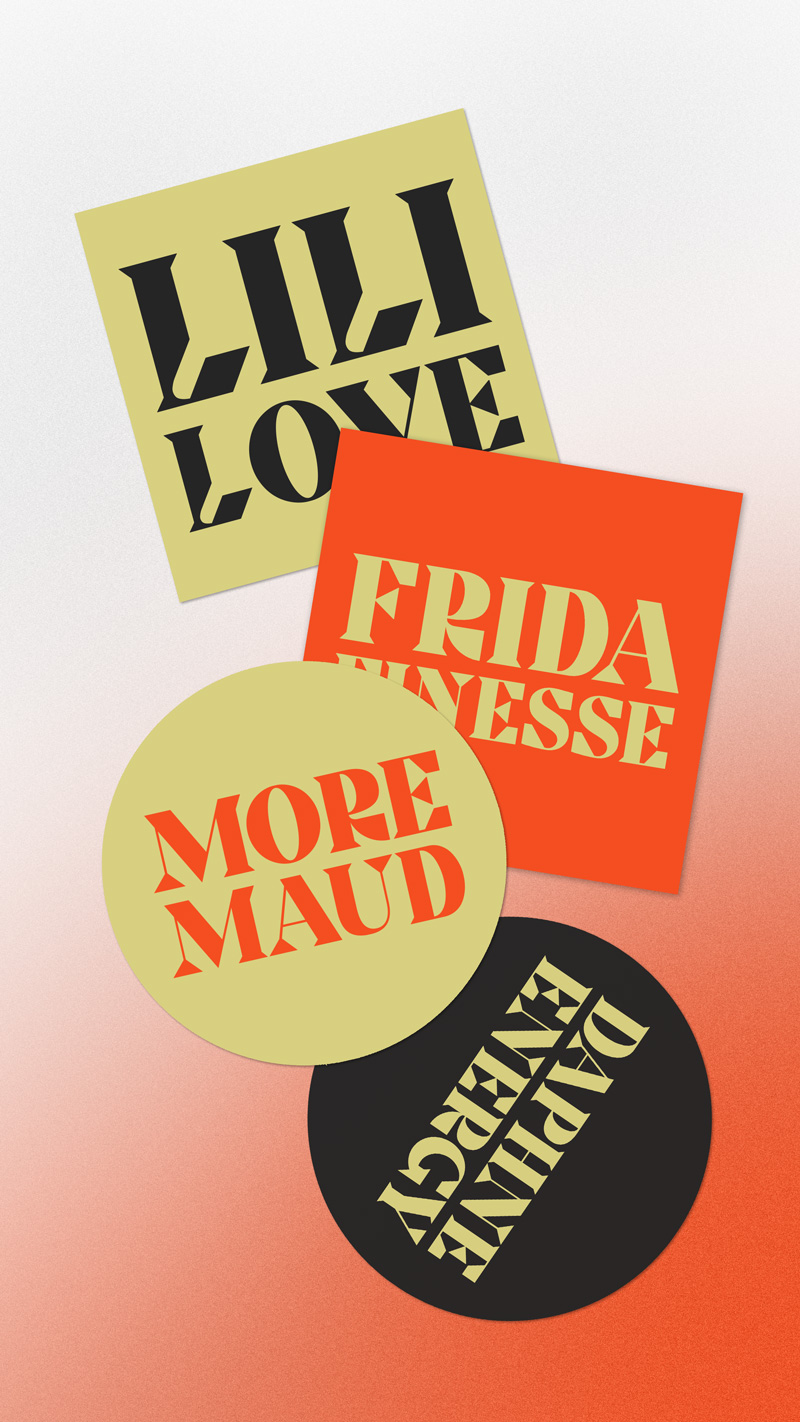